SEO vs SEM for Businesses 2013

Search engine statistics vary constantly. Despite this in most developed countries and definitely Australia, Google has at the very least 90%+ of the market share currently. 2013 brings new fears and new exciting opportunities for businesses of all sizes when it comes to Google. The age old battle of SEO vs SEM – what’s the verdict this year?! 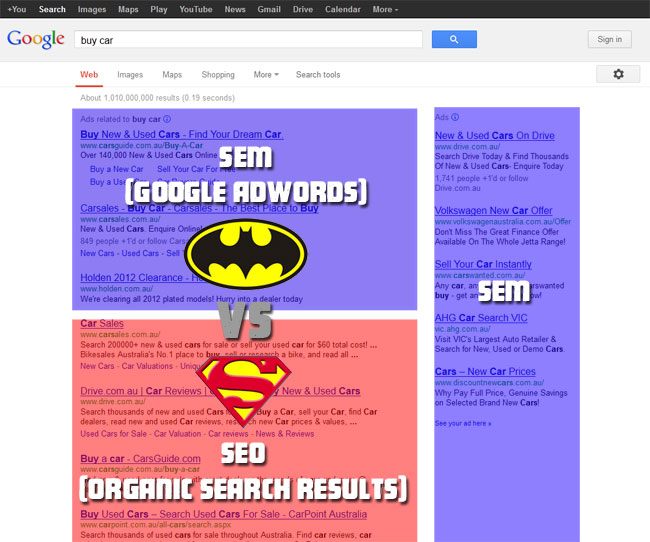 You may or may not have heard of Google algorithm changes named Panda, Penguin, EDM which were rolled out in 2011 – 2012 and changed the entire climate of SEO. Many websites/businesses plummeted in ranking whilst others seemed to be unaffected. SEO professionals around the world debated and deliberated the impact of Google’s constant changes. Google will obviously never ever reveal how their search engine does it’s magic and will always aim to deliver the most relevant search results to its users. This is the foundation that built this monolithic internet giant with a current net worth of over $200 Billion dollars USD (Oct 2012 issue of Forbes). Inside the SEO industry we can debate as much as we want about whether ranking websites via SEO has become more difficult or more expensive or neither. But the truth is – it is in Google’s best interest to stop or limit the manipulation of their natural search results, SEO is not going to get easier or cheaper for the foreseeable future. Despite this the benefits of SEO have not changed. Being ranked highly on the first page of Google for competitive terms is still undoubtedly one of the most consistent methods of generating constant targeted traffic to a website. If your SEO campaign is well managed by true SEO professionals, you will still enjoy sustained traffic and reap the long-term benefits. 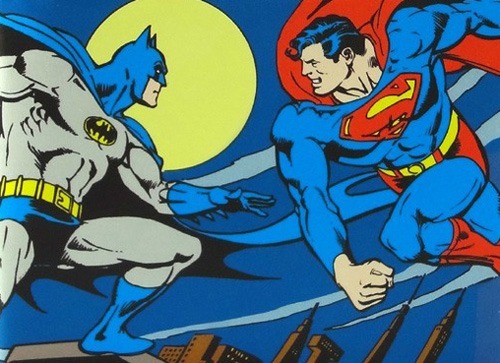 If SEO was Superman, then Google Adwords (SEM) is a little like Batman. The aim is still targeted traffic to your website. Although Google Adwords doesn’t have super powers, having the support of a multi billion dollar company will do the trick. Over 95% of Google’s revenue came from advertising in 2012, it is no surprise that Google is encouraging, supporting and equipping users to get the most out of their Google Adwords campaigns. The danger with SEM has always been “throwing your money at Google” and this will always be true if your Adwords campaign managers are not competent. Often businesses are scarred by one bad experience after attempting to run some Google Adword campaigns themselves without much guidance. The Cost per Click (CPC) for competitive industries is undoubtedly on the increase, this famous Top 20 Most Expensive Keywords post back in 2011 shows that the “car insurance” was over $50 USD per click. However since Adwords is Google’s cash cow, they’ve provide plenty of support and tools to ensure it’s users succeed. From the Google Certification Program to Google Engage for Agencies and the constant improvements to their Google Adwords products including the very recent Enhanced Adwords Campaign announcement, Google are making very obvious steps towards improving Adwords and therefore increasing its usage. Most people love Google for their free services like Gmail, YouTube, Google Search to name a few and forget that advertisements keep all these beloved internet staples healthy and free. It does not take a PhD to realise that Google will continue to do what it takes to grow revenue without compromising the quality of their services. 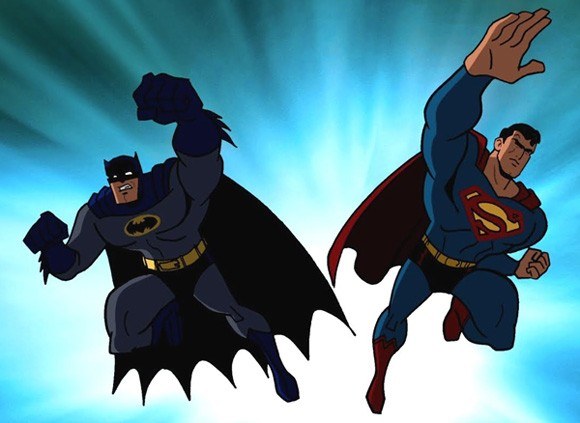 The age old SEO vs SEM debate is at it’s climax in 2013, previously I would argue that SEO has always been favourable for majority of businesses and websites up until the last few years. This year I believe businesses and websites have a tough decision to make if resources only permit the choice of one online marketing approach. Whilst weighing up the pros and cons we have to remember that both Superman(SEO) and Batman(SEM) are both working towards a similar goal – to bring targeted traffic to your website. SEO is still a great long term strategy, when successful it will definitely bring you consistent results. SEO will require an increasing amount of investment or resources to create a truly authoritative site that ranks well on Google. Due to the unpredictable nature of Google’s algorithm changes I would say this is a high risk, high reward option in 2013 – even the best SEO companies can no longer guarantee rankings with money back guarantees. SEM for instant results. A successful Google Adwords will undoubtedly bring you consistent results as well. Currently SEM is likely the more expensive option especially if you’re in a competitive market. The built in statistics and transparent nature of Google Adwords makes it attractive for accountability and reporting. There is no arguing that Adwords will receive growing support from Google and is the safe option in 2013. Both! While Search Engine Optimisation and Google Adwords are both important in the online marketing world, Batman and Superman compliment each other perfectly when they joined forces in the Justice League. If your resources or budget allows you to explore both options with reasonable depth – why not hire both super heroes to do your work?