What are Gravity Forms?

Being developers themselves, the creators of Gravity Forms were all too aware of the inflexibility and lack of good form creating tools in the market. While tools such as Contact Form 7 are widely used, they’re much too simple which can be tough for developers looking for more advanced form creation tools. With the first hand knowledge of developer’s needs and requirements for forms, Gravity Forms was designed completely with developers in mind.

Though they began in 2009 as a tool just to build contact forms, their functionality has expanded over time with an ever growing list of integrations and add-ons. By providing developers and content editors with a simple yet powerful tool to generate advanced forms for WordPress-powered websites, Gravity Forms have built a steady fan base. While competition in the form creation market is increasing with alternatives such as Ninja Forms and WPForms, Gravity Forms still remains one of the best in the industry.

How do Gravity Forms work?

WordPress was created with the intent to be open-sourced so that developers had the freedom to freely access, edit and distribute source codes and create a collaborative environment. In acknowledging WordPress’s open-sourced nature, Gravity Forms, also features unencrypted, easy-to-modify codes so that they can simply be used as is, or customised to developer’s desires through a variety of hooks and filters.

Gravity Forms are written in PHP (Hypertext Preprocessor), a free server-side programming language, which can interact with many different database languages including MySQL, the database system utilised by WordPress. As a result, Gravity Forms work seamlessly within WordPress. With everything accessible in one place, managing the forms, submissions and websites becomes much easier.

A Variety of Form Field Options

Throughout the years, Gravity Forms has been in strong competition with Contact Form 7. While Contact Form 7 as the free easy option to creating simple forms, while Gravity Forms are favoured by developers as a powerful tool for creating more advanced forms. Gravity Forms can provide over 30 different ready-to-use form field inputs that are neatly grouped into Standard Fields, Advanced Fields, Post Fields and Pricing Fields for convenient selection. Users respond better to web elements with a more humanistic touch, which can be supported through a greater variety of response options in forms. This supports a more tailored and accurate interaction. A study has even found that users don’t mind longer forms, given that the fields are relevant and appropriate. So for developers, it’s worth having a variety of field options at their fingertips, so that questions are presented in the most appropriate way.

Marketing Insider Group found that 78% of internet users have said personally relevant content can increase their intention to purchase. With personalisation becoming more and more desired by users, Gravity Forms’ Conditional Logic feature allows for web developers to create a unique experience for users by creating rules on what’s displayed and what’s hidden based on the user’s responses.
Instead of being taken to a new page, additional fields will open up at the bottom of the form when the user ticks yes. Rather than having every field present on the same form, having fields open and close in response to user’s choices are much more user friendly, less overwhelming, personalised and relevant, decreasing abandonment rate. 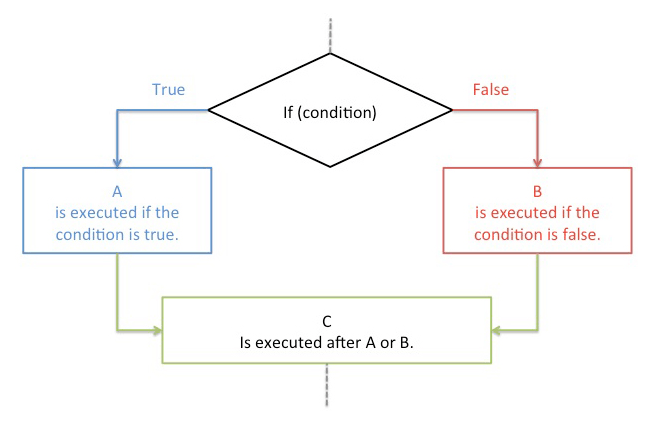 In light of WordPress’s open sourced nature, Gravity Forms also increases functionality of forms through the use of a variety of third party add-ons. This enables developers and content editors to make the most out of Gravity Forms.

For example, purchase forms may require secure payment add-ons so that orders can be received and paid for directly online. In this case, a PayPal add-on is perfect for the job, as it’s a well-known and secure add-on that users can trust with their details. The Manifest revealed that security concerns are the top deterrent for completing online forms with 29% of respondents abandoning forms as a result. So having a secure payment add-on is very beneficial for conversion.

Blog subscription forms would also be more effective and easy to operate with add-ons such as the MailChimp. This enables forms to be linked to mailing list subscriptions, so that developers can better manage emails to subscribed users. Various CRM add-ons can also achieve this result.With the ability to add-on other features from third-parties, developers and content editors can deliver forms with more functionality, gain data and insights more efficiently, and target leads more effectively.

Document Uploading & Option to Save & Continue

Built to support the form submissions that require accompanying documents or pictures, Gravity Forms also facilitates the secure uploading of documents and pictures. For example, volunteering sign-up forms often need evidence of a Working With Children ID. With support for uploading pictures, users can simply upload a copy of their ID whilst completing the form.
In the event that complications arise, such as lack of time or lack of supporting documentation, 67% of users opt to abandon the form completely. To reduce this from happening, Gravity Forms also provide users with the option to save and continue forms.

With mobile traffic predicted to grow by 61% annually into 2018, it’s more important than ever to have a responsive web design that allows it to function seamlessly across all devices. Currently, many websites still rely on non-responsive iFrames for contact forms, so users can’t actually fill in these forms properly on mobile, compromising user experience, and greatly reducing leads and conversions. By incorporating mobile friendly styling, Gravity Forms caters for responsive design, enabling users to access website forms on various devices. This increases the user experience greatly as web and mobile users can interact with the website and its forms in a consistent way.

To access the capabilities of Gravity Forms, a license key needs to be purchased with a pricing is based on 3-tiers to suit developers’ and content editors’ needs.
The three tiers are: basic license, pro license, or elite license. Each tier comes with a variety of base features including unlimited form creations, unlimited entries, multi-page forms, file uploads and automatic updates. The upper tiers do come with more add-ons, features and even the ability to apply Gravity Forms to more than one website. The benefit of having three pricing tiers ensures that you aren’t overpaying for features they you don’t need.

Do you need a Gravity Form for your Website?

Gravity Forms can be used for contact forms, subscription forms and even e-commerce purchasing forms. Not only that, official documentation such as job applications and financial applications can be produced through Gravity Forms. Gravity Forms can be easily created within minutes through drag-and-drop field options and simple methods of embedment into websites, making it suitable for anyone to use on their WordPress website, even those with limited programming knowledge.

How can we help?

Our developers are on hand if you have any questions for using and implementing Gravity Forms on your website. Give us a call today on 03 9912 6403, if you would like to create a more tailored form solution.

SEND US A MESSAGE