The Internet of Things (IoT) & Its Applications in Business

Since the dawn of the digital age, the internet has been paramount to connecting people and facilitating communication. The nature of these interactions between people have improved exponentially, especially with the quick emergence of UI/UX specialist designers and digital strategists (simply have a look on DesignRush) dedicated to the task. Evolving from the early days of email, Myspace and Facebook, there is now an endless sea of web and mobile apps that cater to all the different aspects of your life to improve it.

How does IoT work?

The unforgiving reach of the Internet has spread to include the connection of things as well ; the Internet of Things is a term that encompasses the pairing between everyday items and digital devices that have been fitted with the ability to gather data and speak to one another, paving the way to a more interconnected world. These ‘smart’ devices have bombarded the business industry and consumer market respectively, with sensor chips and receivers fitted into more unsuspectingg devices everyday – there is a forecast of almost 31 billion devices worldwide by 2020.

How did the term come about?

A term first coined by Kevin Ashton in 1999 (MIT researcher and Procter & Gamble executive) this futuristic concept was surprisingly visualised some time ago. However, with only 1% of the world’s population having internet access at the time (compared to roughly 47% currently), you can see why it took some time for the technology to catch up in order to pull it off. Following the invention of steam and electricity, some have attributed this to laying groundwork for the Fourth Industrial Revolution.

With the latest CES Las Vegas Tech Show just behind us, one thing’s for sure; there is no shortage of smart object products on the horizon, from those that hold unprecedented potential to the ones that shouldn’t have been more than an afterthought (Smart toasters copping the most flack)

How can IoT improve business strategies?

Whilst there has been incredible success in ‘smart’ consumer goods, the grass is equally green on the other side. Businesses and services have an increased ability to collect data and analyse it within choice parameters. Data provides knowledge and knowledge is power. Empowered with an array of data points that can accurately report how their products are being used, the time of day, the length of time and even the most popular modes of a particular product, the business potential is enormous. Relinquishing the guesswork, businesses can directly improve products so it better suits their customers’ needs. Here’s a few examples of IoT already executed in industry

Smart parking spaces – within Born Market in Barcelona, wireless sensors are embedded into parking spaces to relay real-time info on empty spots to an app for those looking for a park

Smart garbage cans –  Philadelphia have invested in 700 solar-powered trash compactors ($4000 a Big Belly) that crush its waste periodically and signal dispatchers when they’re full. This has significantly reduced the number of weekly garbage-collecting shifts from 17 to just 3, saving $1 million a year in on fuel, maintenance and labour costs.

Smart roads – sensors implemented by Valerann in Tel Aviv into the roads which can provide real-time information to drivers about traffic congestion, stranded vehicles and even hazardous conditions 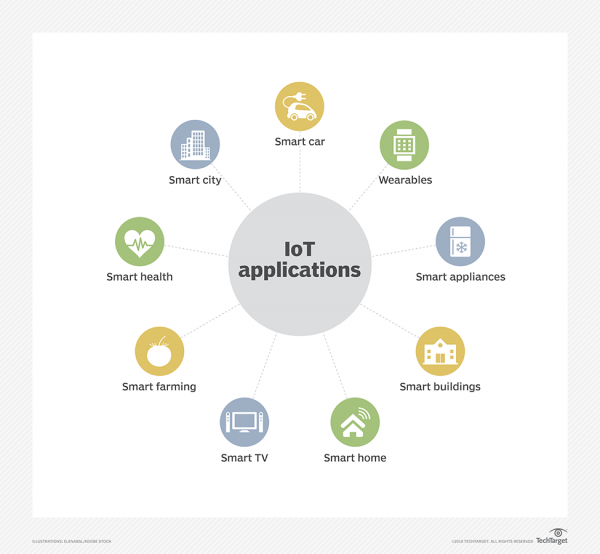 Predictions for IoT in numbers

We’re excited for what the future brings

We strongly believe in innovation as the key to growth and sustainability as a business. As specialists of user engagement and captivating digital experiences, the growing number of smart devices is an expanding pool of business and retail potential just waiting to be tapped. With an experienced business strategist and a house of digital experts, please give us a call today if you’d like to discuss innovative ideas for your business and believe in taking charge of opportunities.